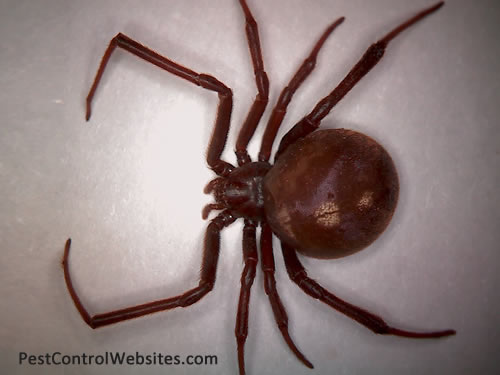 Black widow spiders are often found around wood piles and gain entry into a structure when firewood is carried into a building. They are also found under eaves, in boxes, and other areas where they are undisturbed.

Black widow spiders spin their webs near ground level. They often build their webs in protected areas, such as in boxes and in firewood.

Avoid black widow spider bites by wearing heavy gloves when moving items that have been stored for a long period of time. Spiders often hide in shoes, so check shoes and shake them out before wearing. When spider webs are visible, use caution before putting your hands or feet in that area.