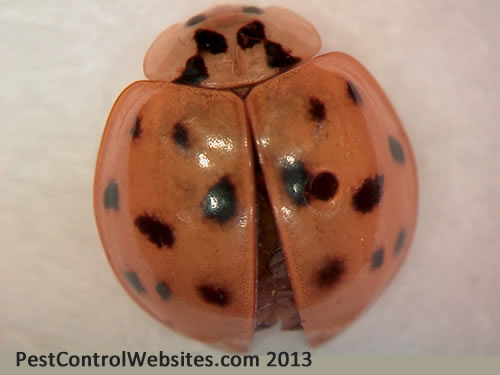 A few species are considered pests in North America and Europe, but they are generally considered useful insects as many species feed on aphids or scale insects, which are pests in gardens, agricultural fields, orchards, and similar places. Harmonia axyridis (or the Harlequin ladybug) was introduced into North America from Asia in 1988 to control aphids but is now the most common species as it is out-competing many of the native species.

Predatory ladybugs are usually found on plants where aphids or scale insects are, and they lay their eggs near their prey, to increase the likelihood the larvae will find the prey easily. Ladybugs are cosmopolitan in distribution, as are their prey.