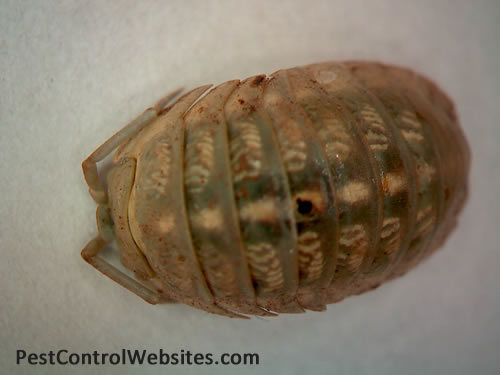 This pest is the only crustacean that has become completely adapted to spending its life on land. Pillbugs have oval bodies and seven pairs of legs. They are easily recognized by their back, which is made up of seven hard individual plates. Pillbugs are sometimes referred to as rollie-pollies.

Pillbugs live in moist locations. They are found under damp objects or under vegetable debris.

Pillbugs eat decaying vegetable material and are most active at night. They are known for their ability to roll into a ball.

Pillbugs can be avoided by eliminating food sources such as vegetable or plant debris. If pillbugs enter a structure, they will often dry out and die.

Pillbugs do not spread diseases or invade food products. However, the pillbug is often considered a pest when it gains entry into a home.